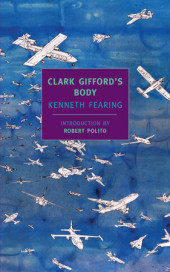 Smiled Upon By The Little Pink Mouse

A freelance writer for much of his life – in newspapers, magazines, and, under the pseudonym Kirk Wolff, pulp fiction, much of it more or less pornographic – he also found the time to write seven mystery novels under his own name (including the classic The Big Clock), as well as a clutch of poetry collections that turned accepted poetic pieties on their heads.

The best of these coruscating poems are gathered together in a 2004 American Poets Project volume edited by Robert Polito that anybody remotely interested in noir, crime fiction, or the grimy glamour of Manhattan in the 1920s and ’30s should immediately purchase.

The lust is not always sexual – it could be a desire for intoxication, diversion, or self-obliteration, for honesty, absolution, or peace – but it is always fervid, clammy, desperate. The guilt that often shadows this lust can be found in half-hearted alibis, hopeless self-delusion, or nervous doubt. Guilt, as the John Doe of “Confession Overheard in a Subway” confirms, is just the flipside of the hustling and striving and wanting – the lust – that is urban life itself:

“Look at my face, my hair, my very clothing, you will see guilt written plainly everywhere. / Guilt of the flesh. Of the soul. Of laughing when others do not. Of breathing and eating and sleeping. / I am guilty of what? Of guilt. Guilty of guilt, that is all, and enough.”

Nowhere do these two themes twine together so tightly in one poem as in “Angel Arms.”

The object of Feldman’s desire – his “little pink mouse,” “The pure angel in his sleep” – is “so clean,” “so pure,” that no one, “Not even Feldman,” can violate her chastity with a touch or even a thought.

“Not even Feldman” himself! He feels his own desire to be perverse, tainted; he reveals guilt and shame hiding behind his fantasies.

The repetition makes it seem like a case of protesting too much. More likely, he doesn’t think of himself as pure at all – more likely, he’s “a woman-faced roach,” a “walking sewer,” “a hunch-backed yellow poodle.”

His lust is violent, sordid: he imagines “His pure angel with her skirts torn away over blinding thighs.” Who else but Feldman tore away those skirts? To actually capture his little pink mouse would be to destroy her. She is his “touch-me-not star,” his pied piper or will o’ the wisp.

Feldman’s guilt is the nasty hangover of his lust. Taking into account Fearing’s Marxism (when asked by the FBI under oath if he was a member of the Communist party, he replied, “Not yet”) and the more overt capitalist critiques of poems like “1933” and “Denouement,” it’s hard not to read Feldman’s angel as the alluring siren call of consumer capitalism itself, as its promised pleasures forever slip out of our grasp.

We lust after objects and loathe ourselves when they disappoint. This conflation between sexual and consumer lust is no coincidence – indeed, it is a central component of Fearing’s work. In the marketplace of both sex and goods, “barbed wire” is unfailingly concealed within those “soft angel arms.”

Brian DeLeeuw is a contributor to This Recording. He writes regularly on travel, fashion, and food for CITY magazine (www.city-magazine.com), and has also recently been published in Tin House and the New York Press. He is at work on a novel.

Our search for something that excites us in Hollywood.

True love waits for all the real girls.