‘Hers Was A Mind In Full Tilt’

Obama’s mom was a wild one

Now that the American people have sued the Clintons for divorce, we will be dealing with a new first family of the Democratic Party.

I have already made my feelings about Michelle Obama known here. She is a goddess and a thinspiration to us all.

While Obama is still an old guy, he had a young mom. Born in 1942, Stanley Ann Dunham died of ovarian cancer in 1995. Obama’s dad is also no longer with us, and while Barack’s grandmother is still alive, and he has many half-brothers and sisters, the only referent we have for who Barack’s mom is are the accounts of those who knew his mother and father. 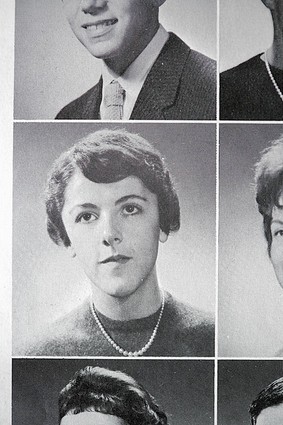 The Chicago Tribune and Vanity Fair provide the relevant details, but I cut the articles to shreds and merged them. You may post your lawsuits as comments on this page. Feel free to go back to the originals for more entertainment.

Chip Wall can’t help but zero in on the little stuff whenever he watches Barack Obama on TV.

The turn of the smile, the sharp wit, the comfortable self-assuredness, all of which he saw up close, a half-century ago.

For Wall and a few dozen others, Obama on the campaign trail often brings to mind Stanley Ann Dunham, Obama’s mother and a strong-willed, unconventional member of the Mercer Island High School graduating class of 1960.

“She was not a standard-issue girl of her times. … She wasn’t part of the matched-sweater-set crowd,” said Wall, a classmate and retired philosophy teacher who used to make after-school runs to Seattle with Dunham to sit and talk – for hours and hours – in coffee shops.

All the recent talk about Barack’s religiosity belies the simple fact of the 2008 election: all three major candidates for presidents are atheists.

“She touted herself as an atheist, and it was something she’d read about and could argue,” said Maxine Box, who was Dunham’s best friend in high school. “She was always challenging and arguing and comparing. She was already thinking about things that the rest of us hadn’t.”

While I think Bill Clinton does believe in a God (he was raised Southern Baptist after all, and how else can he explain his appeal to women), Hillary, McCain and Barack both come from far less serious religious backgrounds, and there is no way any of them actually believe in the power of prayer.

The education of Obama the would-be politician didn’t begin, of course, until after his birth in 1961, in Honolulu. But the parental traits that would mold him – a contrarian worldview, an initial rejection of organized religion, a questioning nature – were already taking shape years earlier in the nomadic and sometimes tempestuous Dunham family, where the only child was a curious and precocious daughter of a father who wanted a boy so badly that he named her Stanley – after himself.

It’s an amazing story when a woman who was a loner and something of a outcast can do something as important as give birth to the President of the United States. That’s why it is so lucky to be a woman. Well that, and suffrage.

Her parents, Stanley and Madelyn Dunham – he was a boisterous, itinerant furniture salesman in downtown Seattle, she worked for a bank and was the quiet yet firm influence at home – moved to Mercer Island in 1956, after one year in a Seattle apartment. The lure was the high school that had just opened and the opportunity it offered for their daughter, who was then 13.

This part entertains me, like getting a forecast from a psychic. This is what happens when you send a reporter out to do a writer’s job.

Boyish-looking, Stanley Ann was prone to rolling her eyes when she heard something she didn’t agree with. She didn’t like her nose, she worried about her weight, she complained about her parents – especially her domineering father. Her sarcasm could be withering and, while she enjoyed arguing, she did not like to draw attention to herself. The bite of her wit was leavened by a good sense of humor.

She sounds like a real iconoclast. Essentially, Stanley Ann Dunham was every single woman who lives in the tri-state area if they traveled back in time and hooked up with a Kenyan.

While her girlfriends, including Box, regularly baby-sat, Stanley Ann showed no interest. “She felt she didn’t need to date or marry or have children,” Box recalled. “It wasn’t a put-down, it wasn’t hurtful. That’s just who she was.”

Oh. I didn’t realize all girls said that. 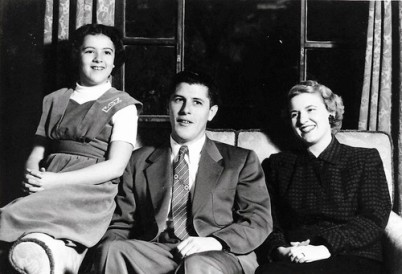 it’s scary to look at these white obamas. very scary

The idea of being not exactly what your parents wanted is a universal feeling, and considering the involvement of Barack’s father in his life, it’s an important part of our president-to-be. Barack’s mother experienced similar disappointment.

Her name was something to tolerate – barely. Elaine Johnson, who used to wait for the school bus with her, picked up on that when Dunham introduced herself one morning.

“I know, it’s a boy’s name. And no, I don’t like it. I mean, would you like to be called Stanley?” Johnson recalled her saying. “But my dad wanted a boy and he got me. And the name ‘Stanley’ made him feel better, I guess.” 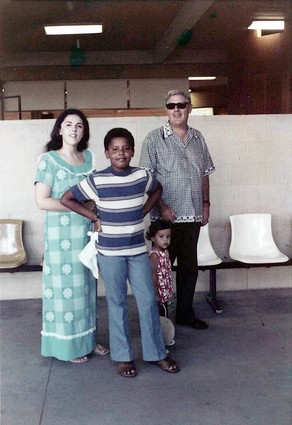 I include the following passage not because it needlessly makes reference to handling Baby Barack’s shit, but because it presents a time in place in history that will never be revisited.

Susan Blake, a classmate and former city councilwoman from Mercer Island who long ago changed the infant Barack’s messy diaper, said of her friend: “Hers was a mind in full tilt.”

In a recent interview, Obama called his mother “the dominant figure in my formative years. . . . The values she taught me continue to be my touchstone when it comes to how I go about the world of politics.”

Wichterman taught philosophy. The hallway between the two classes was known as “anarchy alley,” and students pondered the challenging notions of Wichterman’s teachings, including such philosophers as Sartre and Kierkegaard. He also touched the societal third rail of the 1950s: He questioned the existence of God. And he didn’t stop there.

“I had them read ‘The Communist Manifesto,’ and the parents went nuts,” said Wichterman, adding that parents also didn’t want any discussions about “anything to do with sex,” religion and theology. The parental protests were known as “mothers’ marches.” 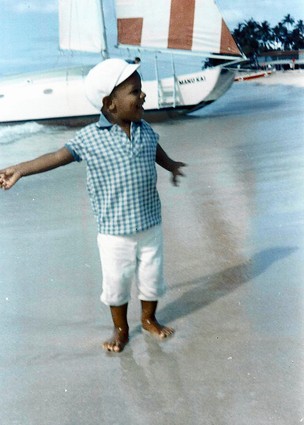 Their high school class was an in-between generation. The Beat generation had passed, and the 1960s era of protest was yet to begin. Classmates of Dunham – Wall, Blake, Hunt – felt they were on the cusp of societal change, the distant early warning of the ’60s struggles over civil rights, women’s rights and war.

“If you were concerned about something going wrong in the world, Stanley would know about it first,” said Chip Wall, who described her as “a fellow traveler. . . . We were liberals before we knew what liberals were.”

One classmate, Jill Burton-Dascher, said Stanley Ann “was intellectually way more mature than we were and a little bit ahead of her time, in an off-center way.”

What are liberals? What kind of liberal is Barack? Does he actually differ from past politicians in any conceivable way? Could the life experiences of his birth mother and father have affected him positively? These are questions we must pose.

Is America on the cusp of societal change? My guess would be not really. Hell, Barry doesn’t even support gay marriage. The guy who runs his campaign is Dick Gephardt’s poolboy. Change is a buzzword. What might a President Obama really accomplish, and what coming-together (intercourse) was he borne out of?

The answer to these questions, and the probable meaning of an Obama presidency, tomorrow.

Alex Carnevale is the editor of This Recording. Please tune in for Part Two of the Obama Journey tomorrow, when we attempt to evaluate the quality/quantity of sexual intercourse that produced the one known as Obama.

OBAMA LINKS FOR YOU TO ENJOY

Obama is basically reverse Reagan, and that’s a good thing

Or is he Jimmy Carter?

How to beat Obama

The Cloverfield guy wrote an episode of Lost.

The wit and wisdom of Bernadette Mayer.

The women of the world takeover Hollywood.