We bring you back to the world of hazy morality and genetically modified funimals. This is

Birds learn songs the same way humans learn speech. I am surprised that this science finds this so surprising. They’re even studying songbirds to learn more about human stuttering.

If you read This Recording at all you will know that I am a Radical Gynarchist. Unlike traditional Feminists, who espouse equality, I believe in the innate biological superiority of the female sex.

So I was hardly surprised to hear that female songbirds learn songs three times faster as males. They judge males on their songs and have to pretend to be totally impressed by their slow-ass old tunes. Males better hit the streets and cop those new Lil’ Wren mixtapes. You’ve been singing those corny played-out songs your dad taught you for too long.

Quit smoking and learn to play harmonica. Your lungs will be be pleased and pink.

Remember the singing mice from Babe? Turn out they are real, and they were just trying to get laid.

What this says to me is uh, animals can do whatever the fuck they want without emotional consequences? That’s why they’re animals.

But what do I know? Maybe even their shit is complicated, like Big Love with penguins and bonobos.

In the Galapagos, Nazca boobies get divorced because female boobies are cougars.

The chance of successfully breeding probably improves as the pairs of birds get older and are together longer, as has been found in other birds. But, often the female seeks a divorce after a few breeding seasons. Since males significantly outnumber females in the colony studied, there are plenty of bachelors available if the female has a wandering eye.

“Our study population has 50 percent more males than females, creating the opportunity for females to trade a current mate, which may be worn-out from recent breeding effort, for a ‘refreshed’ non-breeding male.”

“This study really predicts that the probability of divorce increases with the birds’ success at breeding and raising a chick, because the effort required may tire out the male and consequently his mate may reject him.”

I mean, is being a male butterfly inherently emasculating?

Contrary to expectation, we also find that female promiscuity actually rises when male numbers are reduced. Greater numbers of female partners leads to fatigue in males. They start producing smaller sperm packages. Unfortunately, the female butterflies instinctively know that the packages are smaller and that their chances of having been impregnated after mating are lower than usual. This just makes them more rampant!”

We have the same brain cells as humpback whales 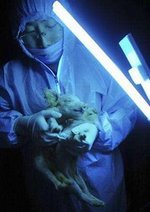 I mean honestly, is there anything cooler than whale songs?

Researchers have now mathematically confirmed that whales have their own syntax that uses sound units to build phrases that can be combined to form songs that last for hours. Until now, only humans have demonstrated the ability to use such a hierarchical structure of communication

Humans need to stop being so humancentric. We got whales to think about and shit.

With limited sight and sense of smell in water, marine mammals are more dependent on sound—which travels four times faster in water than air—to communicate. For six months each year, all male humpback whales in a population sing the same song during mating season. Thought to attract females, the song evolves over time.

Somebody make me a mixtape of humpback whale megapclicks

How whales lost their legs.

The structure of the humpback whale song is repetitive and rigid. The whales repeat unique phrases made up of short and long segments to craft a song. There are multiple layers, or scales, of repetition, denoted as periodicities. One scale is made up of six units, while a longer one consists of 180-400 units. The combined periodicities give the song its hierarchical structure.

Cloud computing is the future.

and last but not least, THE HEXAPUS from the depths.

The future was meow.

One thought on “In Which Science Corner Sings To Your Mind”