When you really need something that appears good taken apart, exploded, and then handed back to you in a steaming pile of nothing, you hire Mark Steyn. In the latest National Review, the controversial Steyn tees off on M. Obama, not to be mistaken for our own M. Young:

Her test scores weren’t “high enough” for Princeton. Yet, rather than telling her, “You can’t go there,” they took her anyway. And all the thanks they get is that her test scores are now a recurring point of resentment: “The stuff that we’re seeing in these polls,” she told an interviewer, “has played out my whole life. You know, always been told by somebody that I’m not ready, that I can’t do something, my scores weren’t high enough.” If you were, say, Elizabeth Edwards and your scores weren’t high enough, that’d be that (Teresa Heinz could probably leverage the whole Mozambican thing). Yet Mrs. Obama regards state-mandated compensation for previous racism as a new burden to bear.

our original michelle post before fetishizing her became commonplace

Mark goes on to slam her college thesis, low blow:

In an early indication of the post-modern narcissism on display at Zanesville, she arrived as a black woman at Princeton and wrote her undergraduate thesis on the problems of being a black woman at Princeton. Princeton-Educated Blacks and the Black Community is a self-meditation by the then Miss Robinson on the question of whether an Ivy League black student drawn remorselessly into the white world is betraying lower-class blacks. As she put it:

Ah, the benefits of an elite education. The thesis is dopey, illiterate, and bizarrely punctuated, but so are the maunderings of many American students. What makes Miss Robinson’s youthful opus relevant is that the contradictions it agonizes over have dominated her life. Indeed, her apparent bitterness at a society that has given her blessings she could not have enjoyed anywhere else on earth seems explicitly to derive from her inability to live either as an “integrationist who is ignorant to [the] plight” of “the Black lower class” or a “separationist” embracing its hopelessness and “desperation.”

Instead, she rode her privileged education to wealth and success and then felt bad about it. That’s why she talks about money — her money — more than any other contender for first lady ever has: It’s like an ongoing interior monologue about whether she sold out for too cheap a price. Still, she’s learned her lesson.

mark steyn, roger kimball, and james taranto: throw in a taser and that’s one hell of a wacky dinner party

As she told her listeners in Ohio:

That’s what the Obama campaign is “asking young people to do”? “Don’t go into corporate America”? But isn’t “corporate America” what pays for, among other things, the Gulf Emir–sized retinue of courtiers the average U.S. senator now travels with?

Damn Mark, you could take the joy out of a Condi Rice nipple slip. Also, it’s funny that the conclusion of this piece is, “I should have been nicer to Colin Powell.”

Mark, you’re our hero, kinda, not really, maybe if you were nicer to the Obamas, they’re sweet people, Barack loves the NBA, Michelle’s always like, “Beeeeeyotch,” the daughters are cool, they play a lot of Guitar Hero but won’t play any Bono songs, did you know Bono’s real name, Barack is gonna be the president, let’s just get over it, I really don’t want to read 4 years of national review pieces being like, “I know he seems awesome but he’s actually NATHAN SINISTER,” did you read my series about his childhood, why did I not win a Pulitzer for that, if you really want to write hit pieces about candidates’ wives then why do you refuse to report on the spicy rumor that Laura Bush believes Karl Rove is actually a soldier for the undead?

BRITTANY MURPHY WILL SUCK YOUR BLOOD AND/OR THESE LINKS

The art of Michael Showalter

You’d have to grow up in a whorehouse to understand how James Brown felt about women.

the world’s most loyal dog.

sweet Obama jersey…and they shut it down

I really wish I could have been at this party

congrats on getting into pratt wiener that’s pretty sweet

After Neuman alienated this staffer and others who didn’t appreciate his changes, he reportedly succumbed to internal pressure to become less involved in Heeb‘s day-to-day operations. Admitting to having no professional journalism experience, he agreed to remain on staff as publisher and hire an editorial director to bring credibility to the masthead and oversee the editorial schedule. Wiener, previously managing editor at Index, landed the gig despite being only two years out of college. Many Heeb staffers said they liked Weiner’s professionalism and hoped she’d be the person who could turn the magazine around.

Neuman didn’t exactly dispel rumors that he and Wiener didn’t get along. “I know that I got along with her, but I can’t say whether she got along with me,” he said cryptically, before referring to her as a “superstar” and saying that he “thinks the world of her.” According to Neuman, Wiener left to work on rapper Eminem’s upcoming book, and her departure came as a surprise to everyone, including Neuman himself.

goddamnit seals are so tasty

Reciting old proverbs makes you sound like a twat

A science corner for the ages

Did you know Chelsea Clinton takes no questions from reporters, how cowardly:

Strict in her ban on reporters’ questions, Chelsea Clinton even rebuffed a 9-year-old “kid reporter” for Scholastic News, who tried to question her last December in Iowa.

“Do you think your dad would be a good ‘first man’ in the White House?” asked Sydney Rieckhoff.

“I’m sorry, I don’t talk to the press and that applies to you, unfortunately. Even though I think you’re cute,” Clinton told the pint-sized journalist.

fans of beck will go ape over this

facelift for the Eiffel Tower

Similar language governs Ms. Lahiri’s descriptions of sex: Younger women are “entered” expertly, though never without some connoisseurship of “skin and bone and hair.” It reads like soft-core for the Park Slope playground set, “Eat, Pray, Love” for those self-conscious souls who insist on joining a “salon” rather than a “book club.”

this dude is funny:

certified banger had the review

I really want this 50 dollar chapbook, but I don’t think I can justify that now can I

better hope your drinkin’ ways don’t come to this

rape in the congo, this is for sers people

Tyler’s classic Exile in Guyville post wasn’t enough for us.

Dear Liz,
Whenever I meet a girl, I fall into one of two categories: “Just a Friend” or “Full-On Boyfriend.” Usually, I’m into being a boyfriend, but having recently been released by my last girlfriend, I just want to meet some girls and fuck. However, I never seem to be able to convey that to women. They just don’t see me that way. I’ve never had a sexual relationship that didn’t turn serious, and I worry I’m missing out on the best sex of my life. How can I make girls stop thinking, “What a nice guy” and make them think, “I want him to bend me over this bar right now”? — Too Good to be Screwed

You say you’re a nice guy. Well, nice guys just don’t have cheap sex with women. My best advice is to take a page out of the book of assholes. Assume that identity. Be a player. Go to a bar and just tell a hot girl everything she wants to hear: “You are soooo beautiful. I’m really looking for a girlfriend right now. I want to get very very serious.” Just fuckin’ lay it on thick. Chances are she’ll immediately say, “Yeah, this guy’s full of shit,” but she’ll probably sleep with you anyway. And when she calls you, just don’t call her back.

You can’t have the spoils of an asshole without being an asshole. If you want the spoils of an asshole, I think it’s your right. You sound like the kind of guy who’s going to grow up and be solidly married and maybe Christian. So get to know what it’s like to be an asshole. But you’re gonna have to really be that asshole. And that asshole is always running away from the telephone, and he’s always bumping into the girl he slept with last week while he’s got a new girl on his arm. That’s the price you’re going to have to pay!

Hey, on some level, we all want to be Dan Murray.

things you really need to know

My shit is green

Girl from the North Country

My love for Camille Paglia is undiminished by time or place:

On the contrary, from what little I know of him via television, McCain strikes me as a glib, irascible hot dog temperamentally unfitted for the Oval Office. The camera is McCain’s enemy: The closer it comes, the more ghoulish he looks. There’s way too much subtext boiling there. And McCain’s weirdly retro Stepford wife is no asset. I’ll take the stylish, feisty, bare-knuckles Michelle Obama for first lady any day.

behind the sushi industry 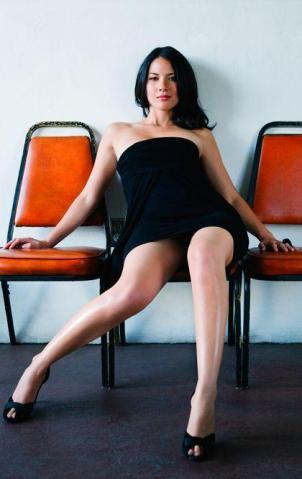 Rickey Henderson pops his head out of that hole.

After you rob someone, don’t suggest others do the same on Craiglist is the lesson I learned there

JOURNEY TO A PLACE DEEP WITHIN THE INTERNET

The World’s Best Ever

Nic will never grow up

You Can Call Me Pelski

submit your book to Bore Parade

Postcards from Your Momma

We brought Richard Brautigan back.

Weeds hopped over the great white.

barack, you’re the best buddy, i have a seal i want you to bottle feed, why don’t you come over on thursday night and we’ll watch the awesome denver nuggets-warriors game together and talk about how we want to live as little ants in baron davis’ beard WHAT DO YOU SAY