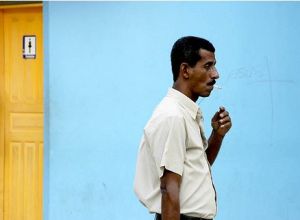 The New York Review of Hooks

New albums are the only thing keeping me alive. Every day before the new Wolf Parade was so hard. They were totally my 2006. You know what I’m saying.

The only things I like now are the Frightened Rabbit album, Trailer Park Boys, and Mario Kart Wii. Fake nudes. Tumblrs, John Elway, The State. The new Spiritualized video, this biography of Edward Albee, the NBA playoffs. We also have considerable faith in new albums.

Frightened Rabbit are pretty much the greatest band so far.

Their first album Sing the Greys is incredible too. “Behave!” is an incredible track. Second place for album art:

This album from Islands is everything you could ask for in a follow-up to their amazing debut.

Arm’s Way also owes a debt to the rock operas of Electric Light Orchestra and the Who. “When I’m sitting at the edge of my bed and I’m working out a song, sometimes I guess I get bored with a part,” Thorburn says. “I lose interest or I get distracted, and all these different ideas coming flooding out and I can’t really contain them. Every idea has to have its moment.” Down band member Jamie Thompson, if it weren’t for Frightened Rabbit this would be the runaway best album of the year, delivering on all conceivable levels. It’s like George Michael entering into a multiple partner marriage with Thom Yorke and Brian Wilson.

The new Leona Lewis album let me down. I think “Bleeding Love” is a f’n great pop song but the need to Mariah her up and turn her into Whitney with brains is grating on me. The album is so overproduced, I think Simon did totally the wrong stuff for her long-term career at the expense of making a great “record.” Still, she needs a week at artist fantasy camp with Elton John. God I love you EJ.

Simon thanking Clive Davis on Idol makes me want to barf. Do you guys know how much Simon is worth? Reality TV will never make me truly happy until they do a series on him and his gf. They look like a couple of lesbians, let’s be honest.

As long as we’re showing people in their bathing suits, here’s Leona: 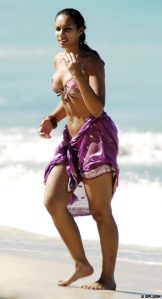 The video for “Bleeding Love” chaps me, I mean, the song sells itself, does Leona really need to be half naked and positioned under a sprinkler system? Then again, did I really need to post that bikini pic?

Danish was talking to this girl who he thought was a lesbian, and it turned out she wasn’t a lesbian. (If she thought about it, she might have realized this has happened to Danish more than once.) Props, though, telling a girl’s she’s a lesbian is the oldest trick in the book. Adam was like, “Eve, you gay?” She was like “What’s that?” and the flirtation was on.

Titus Andronicus, The Airing of Grievances

Those small venue acoustics translate wonderfully on the band’s debut, its muffled mixing reminiscent of listening to a bar band from the men’s room. Yet this inebriated aesthetic only intensifies the literary streak running through Stickles’ easily excitable veins. A brusque “fuck you!” cues the band on Pogues-like opener “Fear & Loathing in Mahwah, NJ”, but once the rubble clears it’s a villainous quote from Titus Andronicus’s Aaron the Moor that most elegantly expresses Stickles’ bile: “I have done a thousand dreadful things/ …And nothing grieves me heartily indeed/ But that I cannot do ten thousand more.” As if the dreary title and playful, mock-optimistic guitar riffs of “No Future Part II: The Day After No Future” aren’t enough to wrench your soul, the song ends with the closing passage from Albert Camus’ The Stranger, in which the narrator wishes to be jeered by a large crowd on the day of his execution.

“I think rock’s in a weird stage right now, with this whole retro-ization that is going on right now,” Thompson complains. “I guess rock is more in the limelight. It’s just a characterization now. There aren’t any real rock bands now, or very few. In Rolling Stone you see all these ads by Tommy Hillfiger or Gap and it’s like ‘Rock and Roll’ and there’s a model holding a guitar. That’s where rock is at right now. It’s this throwback thing to the ’70s. It’s not really going forward by any means. It’s close to where country and western music was in the ’70s, where people were trying to go back to the Grand Ole Opry and wearing rhinestone-encrusted vests and stuff.”

“Soldier’s Grin” is probably the best song on the record, which is an insane rock opera, like if Dream Theater were actually good.

At Mount Zoomer is transcendent, Win Butler is all jealous and crying and is like, “but we’ll play more weird shows at churches, I am Bono!” Wolf Parade does not pander to anyone but The Edge.

The woman above is critically insane. I sent out an e-mail about Laura Barrett to my bros, their sophistication did not allow them to enjoy her wily epics off the debut EP. Damn these songs are brilliant. She’s like a Joanna Newsom who actually makes sense. A poor man’s Bjork. These songs are really chill, I think Ponies is my choice for single of the year.

I like American Idol’s David Cook a lot, he was voted most likely to have an enjoyably mediocre career by Me Weekly.

This was his Mariah Carey cover. The strings on the live performance are missing, but it’s still campy fun. As if fulfilling a secret desire I didn’t know I had, Cook will be covering Collective Soul’s classic single “The World I Know” next week.

The Weepies’ new album Hideaway is so catchy. They wrote for Mandy Moore, and their new album makes you feel like they could create 18 more like it without breaking a sweat. I am into the idea of having a family with the girl in this band, it’s almost 100% that we’re soulmates.

“All This Beauty” is my repeat track for the summer.

The new Jamie Lidell leaked awhile ago, it’s still a dope album. I just don’t know what its intended audience is. Could he dress up in drag and be like Feist Lite? I don’t know. He needs a band or something. It’s not working, but the songs are pretty good.

I finally listened to the whole Mariah Carey album, I really don’t know why I did it. In a few more years she’s going to remind us all of a broken down high school teacher caught doing a student.

Mariah’s album is on the whole a lot better produced than the Madonna album or the aforementioned Leona Lewis disc. Sometimes you can barely hear the vocals over the production. (This is a good thing.) Soon Mariah will follow in Randy Jackson’s footsteps.

It will be Mariah Carey’s Music Club and all the tracks will be sung by Nick Cannon. Please god someone greenlight a Newlyweds show with Nick and MC.

Molly posted some of the new Santogold. Will nuzzled up against her at Coachella, if they were in a relationship I would pay $19.95 for a sex tape. I like the new album, but I am calling for an international moratorium on articles about her and MIA, and even moreso, articles mad about her being compared to MIA. Disappointment of the year is the new Death Cab. The only thing I’ve tried to like more than this album is Alan Dershowitz.

portrait of the artist as an old pope 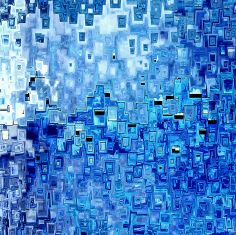 This Recording Is The Physical Manifestation of the God Concept