Maura Tierney and Woody Harrelson getting it on in Semi-Pro, being called ‘boss’ in convenience stores, The State’s Doug sketch, dick in a box, celebrity jeopardy, Julian carrying around a drink in Trailer Park Boys, schrute space, Jack Black doing the farm musical on Mr. Show, Fawlty Towers, the CSI episode of Two and a Half Men, Martin Amis’ Success, Helldate, the poetry of Robert Creeley, Mighty Aphrodite, Everyone Says I Love You, Deconstructing Harry, the comedy of Richard Pryor, Pryor hosting SNL, Chris Farley in a van down by the river, pre-taped call-in show:

Gideon Friedman, Morgan Clendaniel, Robert Rutherford‘s car. My high school French teacher instructing us on the verb forms of ‘to come’, my parents’ dog Rosie, The Bachelorette, The Joe Schmo Show, when my old dog Isaac tried to dance with my moms, kites, my life as a young man, Paul Pierce, pregnancy pacts, Kevin Garnett, when David Ortiz tells reporters “Get out of here and get some ass”, the 10,000 year old man, The Odd Couple, Cowboy Mouth, Iggy Pop, Jon Stewart, Kurt Banas, Brett Grob, the coke scene in Starsky and Hutch:

Crazy Eyez Killer, when Larry goes to heaven and his angels are Dustin Hoffman and Sacha Baron Cohen, when Larry thinks he’s a gentile. Nobody Scores, The Boondocks, Calvin and Hobbes:

When he frees a public hair by fighting in a manger scene, when Larry’s bottle of water gets mistaken for his bulge, Larry David buys weed:

The Catcher in the Rye, Animal Farm, George Carlin before he stopped drinking, Dan Aykroyd and John Goodman before they became possible heart attack victims at any moment, Ayn Rand, The Secret History, The Superficial, when they throw the snake into that woman’s car in The Little Friend, P. G. Wodehouse, Julia Allison, Chunk, Gordon Korman, the Little Brain, The Wonderful Story of Henry Sugar, Hitler. Larry David Lost spoilers:

When Larry tells David Schwimmer’s father to put more cashews in his trail mix, Franz Kafka, John Carney, the sea was angry that day my friends:

the superlatives I wrote for my senior yearbook, my high school stage version of Who Wants To Be a Millionaire, Emily Gould, Danish criticizing some miley’s handbag as a way of baiting her to punch me in the face, Danish putting his fingers in his ears, Danish pouring a beer on a frat girl and having some frat brothers threaten him, Lazy Scranton:

The Westing Game, Hannibal when he serves Ray Liotta his brains. When it turns out Fry is his own grandfather. Michael Kay CenterStage with Larry David, Big Love, The Sopranos, when people get mad because I made up some opinions about Jenna Fischer, Gram Parsons, when Hitch mistakenly brings Eva Mendes to Ellis Island to learn more about her thieving grandfather and it backfires, The Audition:

Riff Market, the discussion about what other people would think if they saw Amy Brenneman wearing an antique watch that no longer keeps time in Your Friends and Neighbors, when Dr. Jason Patric tells an ex she’s on a patient’s AIDS-list, David Foster Wallace, Canadians like Jason Segel and Bryan Adams.

Robin saying, “He’s like the american bryan adams” about the boss, dancing in the dark video, Trapped in the Closet, e-meters, Scientology, No Country for Old Haircuts. Three dudes singing ‘Yellow Ledbetter’ in an alley, the special effects in Air Force One, Benjamin Netanyahu, Lucian Freud, That’s What She Said:

Doug sleeping while sitting upright on the toilet, baiting Molly with gender politics, Bill Cosby as a hero to the conservative movement, Cartman serving Scott Tenorman his parents:

Butters getting locked up in his basement after faking his own death, the Butters parody of Great Expectations, “Trapped in the Closet”, Cartman employing time travel to get the Nintendo Wii, Awesom-O 3000, Randy Marsh, Bill Simmons, the biggest deuce in the world, “Sharon!!!!”, me barfing all over Danish’s favorite jacket in the middle of a party, Bar Mitzvahs, Lightspeed Champion. 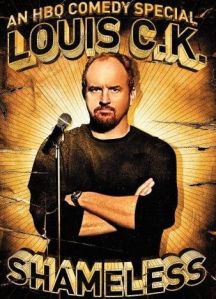 The birth of the Palestinian refugee problem.

We dig into the 21st century.