Recently I requested a cancellation of my membership to the New York Young Republicans Club. I had been a member for approximately ten days, for the exorbitant price of $35.

Shortly thereafter, I received a personalized response from the president of the NYYRC, assuming that we had not had the pleasure to meet and inquiring what “malcontent” had caused me to terminate my membership. I was told that in the history of the club, I was the first person who had ever requested a membership cancellation.

I lied and said I was moving out of New York (cue kind response from president wishing me well in my future endeavors). In reality, my brief stint as a Republican was purely an all access pass into their election night event (“Victory 2008!”), which I attended, more or less, for my own amusement. Chris was covering the event for The L Magazine, and what better way to remember an unprecedentedly historical election night than having spent it undercover with the losing team?

The event was held in midtown Manhattan at the Women’s National Republican Club, the entrance vaguely unnoticeable from 51st Street with double doors that smoothed into an open hallway and a sweeping curve of stairs. Well-dressed and uncomfortable looking New Yorkers gathered like burgeoning flocks of geese in the ballroom on the second floor, hazily reminding me of Cotillion in the seventh grade: lacking in ambiance and disturbingly still. No one moved. The press cowered with their cameras in the corner. Everyone talked, but it was stilted, anxious chatter. Glasses of white wine and bottles of Amstel light were clutched tightly in manicured hands.

As soon as I walked in I felt like a spy. I’d worn a navy blazer, but still felt disheveled and mismatched, sure to give myself away as an obvious intruder. With a glass of red wine (daring), I melded into the crowd and pushed myself to the front just in time for a speech from the earlier-mentioned president of the NYYRC.

“I am so pleased to see all of you here,” she began, smiling warmly. “Especially in New York, where it is hard to believe in this party!”

Her speech continued for a few more distracted moments, ignoring the television nearby announcing that Obama had just won Pennsylvania. I pretended to watch Fox News and lingered creepily close to a young couple clearly demoralized over Obama’s growing victory.

“See, this is the kind of thing that makes me so mad,” the woman muttered irritably. “I mean, three percent of the votes are in!”

“Oh, I know,” the man agreed. “And you know what I think is weird – you didn’t need an ID to vote today, but you needed an ID to get into Grant Park?” I wondered if he was looking for an affirmation or an argument.

“Hmmm,” the woman said, furrowing her brow as they turned somberly to the television.

With no real means of penetrating any of the conversations, I looped around the pockets of people, a room full of people whose life views fundamentally differed from my own. Why did I expect to produce insight from the friction? I realized if I was going to learn anything, I couldn’t just eavesdrop. I had to engage.

A word of warning: if you ever decide to interview a room of Republicans (or any avidly political group for that matter), even the most naively looking participant is going to demand to know who you are writing for, what the age group is, and (with only a pinch of subtlety) what affiliation it is. Thus, I told them I was writing for This Recording – a young, mostly Republican website. This seemed to satisfy the majority of interviewees, with only one gentleman raising a suspicious eyebrow and asking, “Who did you say you were writing for?” For the most part, the magic “R” word granted me an armload of pre-rehearsed sound bites like a long line Chanukah gifts.

The first pair of men I approached adjusted their bowties and smiled at each other as I took notes. Both originally from the New Jersey area, one now worked for a financial services company and the other for an IT firm.

When I asked why they were voting for McCain, their faces grew serious. The first man said that he “deeply respected McCain’s call for personal responsibility and duty.” The second man said that, for him, McCain represented economic freedom and that he “wanted our allies to be allies.”

“Are you nervous for tonight’s outcome?” I asked.

“Last year Tom Brokaw called it at 12:30,” said the first man, punctuating his statement with a dramatic pause. “And he was wrong.”

The two women I approached next looked at each other nervously when I asked if I could ask them a couple of questions. The brunette looked at her lighter-haired friend with a shrug of her shoulders, while the blond shook her head and looked away, her lips tightly shut.

“What do you want to ask?” the brunette finally said.

“Just a few questions about why you’re here this evening.”

She looked to her friend for approval. Not receiving it, she decided to talk to me anyway. Originally from Bulgaria and currently working for a hedge fund company, she answered all of my questions with statements that masqueraded as questions

“Why are you voting for McCain this evening?”

She seemed to be bracing herself against my counterattacks, to the point that I couldn’t bring myself to ask them. Wanting to spare her any more scrutiny from her unwilling friend, I thanked her and left while she let out an audible sigh of relief.

After circling the party for about an hour, I began to get a sneaking suspicion that the entire room had been given a special handbook full of rules and protocol and standards – a set list of sound bites and opinions that does not exist for their liberal counterparts. I combed the room, choosing a random assortment. The answers were as disturbingly identical as the individuals. The men all wore bowties and smiled out of the corners of their mouths. The women all wore blazers of varying fabrics and didn’t smile. Their professions varied from financial services to IT companies. Their reasoning for supporting McCain ranged from his experience to his tax and healthcare plans. Their fears about Obama varied from his tax plan to that we would be attacked if he were elected

In truth, a part of me wanted someone to hit me sideways with some hidden gems of Republican policy that would force me to reexamine my liberal doctrine and enable me to leave the evening’s event a little more neutral. I wanted to understand the convictions that had brought a few hundred people to a cavernous and poorly lit ballroom to support a candidate who by all logic had already lost. But all I got was a repetition of staid quips and a short list of predictable hopes and fears.

I found Chris amongst the crowd (easy considering he was the only man in the room wearing a puffer vest and a messenger bag) and we began to quietly compare interview stories when we noticed a tall, stocky man standing in a nearby corner, holding a video camera and narrating the event to himself.

“Excuse me, sir,” Chris interrupted. “Do you mind if I ask you a few questions?”

The man examined both of us and kept filming.

“To start, where are you from and what do you do?” Chris asked.

“Great. Can I ask why you are voting for McCain today?”

“I always vote Republican,” he said.

“What are you fears if Obama is elected tonight?” I interjected.

“I’m not afraid,” he clarified. “I mean, I make more than two hundred and fifty thousand a year so I’m not going to be taxed out the wazoo.” He paused for a moment to sweep his still-active camera around the room and then focused in on us again.

“Obama has nothing to do with us putting up skyscrapers,” he continued. “But more people will die. We will be attacked.”

Nearby, the widescreen televisions trumpeted that Obama had just won Ohio.

“That’s it,” Chris whispered to me, trying to suppress a smile.

I could faintly hear Times Square outside the looming windows, the whooping and hollering, the distant sound of a band playing near Rockefeller Center. I could no longer fake a neutral point of view. I wanted nothing more than to be part of the celebration- the Democratic victory, which for so long had seemed an impossibility.

Depositing our plastic cups of wine on a nearby table, we hurriedly slipped down the curving staircase, ran down the hallway and out into the unseasonably warm air of New York, the bow ties and blazers and the diamond broker all willingly left behind.

A few days after the event, Chris also requested a cancellation of his membership. He showed me his response from the president – it was verbatim the same email she had sent to me only two days earlier. We took pleasure in jointly being the “first” people to ever quit the New York Young Republicans Club.

Amanda Shank is a contributor to This Recording. She is a writer living in New York City. She is also an Editor-at-Large for anderbo.com. She tumbles here. 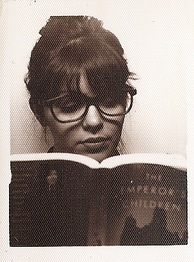 Pavement and Weeds: Two Great Tastes That Go Great Together.

Alex wants you to know what kind of shampoo Rashida Jones uses.

Danish puts a water gun to your head and forces you to listen to Britney (betch!)

4 thoughts on “In Which It Happened That Night”