You Can Have A Town, Why Don’t You Take It

Proto-Liz Lemon Selma Diamond wrote for Groucho Marx, Ms. Tallulah Bankhead, and Your Show Of Shows. Some of her peers didn’t take her seriously on account of her gender and diminutive size. We have no idea what that’s like.

“A ravishing beauty in her youth, Ms. Bankhead was well known for being a totally awesome slut who fucked everybody.”

Carl Reiner based his (proto-Curb Your Enthusiasm) sitcom The Dick Van Dyke Show on his experiences working as a writer on Your Show Of Shows. Selma Diamond was reputedly the inspiration for the indelible character of Sally Rogers, as portrayed by Rose Marie.

Later, when Mary starred on the groundbreaking Mary Tyler Moore Show, her single woman character was originally a divorcée, but the suits at the network feared viewers might think that Mary had divorced Rob Petrie. It became a broken engagement instead, her ex-fiance Bill played by Angus Duncan. 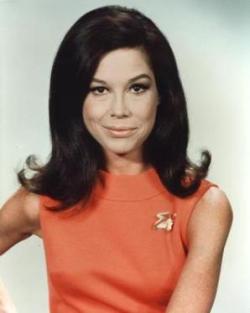 Test audiences for MTM’s pilot HATED the Rhoda character. She was seen as too “pushy”, too “loud”, too “Jewish”, and worst of all “mean to Mary”. Apparently the writers got around it by having Phyllis complain about Rhoda, and her daughter Bess defending her.

One thing I really love about TV is how you can accumulate so much breadth of knowledge about characters. It approximates knowing a person in real life. It’s more like serialized novels than movies. 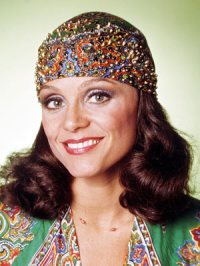 Valerie Harper, not even a little bit Jewish in real life. She’s a Catholic from Oregon! Nevertheless, she is Golda Meir.

The MTM Show was ended while the ratings were still high, because the staff didn’t want to risk diluting the quality with further seasons. This is a great formula that more shows should follow. I think Arrested Development was great, but by the end of the third season I didn’t see where else it could go. I think it finished at the right time.

As much as I would have loved a second season of Freaks And Geeks or My So Called Life, I think that having one perfect season is preferable to say, six or seven progressively more mediocre ones. On the other hand, some shows get better with age. Friends didn’t hit its stride until very late, and I like the weirder seasons of Seinfeld.

I’m a big fan of the British system, where shows will do only a few series and then copious specials. It stops people from flogging dead horses (there are a finite number of dramatic situations in any environment) and creates demand for their next projects.

It also allows room for comedy that is more ridiculous and absurd, and for characters that have no real depth or redemptive qualities. I can’t believe they produce such awesomely weird things like Garth Marenghi’s Darkplace and Nighty Night over there and it airs on BBC Two or Channel Four.

MEANWHILE, IN THE PRESENT

Lolz McNulty (Dominic West) is Jigsaw in a new Punisher jawn. I like this whole “really hot guys as villains” casting trend. Everybody knows the baddies are more attractive than the blando good guys. Flame on, Hollywood.

The script for Juno, shooting draft. 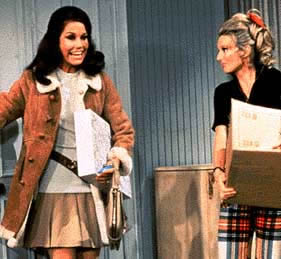 Robert Downey Jr. dons blackface for Tropic Thunder? Is this some sort of meta shout-out to Putney Swope?

Field Day For The Sundays

I was looking up Brad Dourif and found out this awesome fact:

Dourif is set to star in the film adaptation of Mark Lidzbarski’s world record setting “ghost ride”, in which he rode atop an RV for 37 miles on a desolate stretch of Interstate-90 in rural Montana. Dourif will star as the enigmatic Lidzbarski, who also holds the world record for most trail mix consumed. The film is being directed by Werner Herzog and is listed as “in production” and is set to premier sometime in 2009. The working title is “The Real Ghost Rider: Mission Incredible”, though this is not definite. 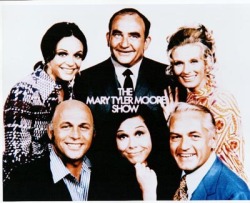 I didn’t realize until now that Dick Lemon (father of Liz) was (legendary screenwriter) Buck Henry! It’s not a Lemon party without Old Dick!

Another couple of lists of famous Hollywood deaths and suicides to go with Alex’s. 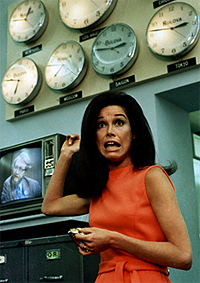 LOU: Divorced?
MARY: No.
LOU: Never married!
MARY: No.
LOU: Why?
MARY: Why?
LOU: Do you type?
MARY: Mr. Grant, there’s no simple answer to that question!
LOU: Yes there is! How ’bout ‘no I can’t type’ or ‘yes I can’?
MARY: There’s no simple answer to why a person isn’t married.
LOU: How many reasons can there be?
MARY: 65.
LOU: Words per minute. My typing question!!
MARY: Yes.
LOU: Look miss! Would you try answering the questions as I ask them?

Molly Lambert is the senior editor of This Recording. She can turn the world on with her blog.

Mary Anne With The Shaky Hand – Yo La Tengo: mp3