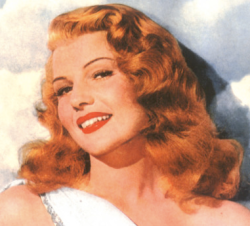 Mad Men fever continues to sweep the nation, which is awesome not least of all because Sterling-Cooper would love any product that spawned so many advertising tie-ins. Harry Crane and the television division would be all over it.

So I wonder if red hair dye is spiking due to Christina Hendricks as Joan Holloway? While in a recession women cut back on most beauty luxuries, they also get depressed. And what better way to fight depression and malaise than to dye your hair? I wouldn’t know, I’m all natural. Have I mentioned that before?

There is still no known cure for true Gingerism

I am always looking for a new Shirley MacLaine to cling to, but even she was not really a redhead. Consider how much upkeep goes into dyeing and maintaining hair color, especially red which fades out super quickly, it’s incredible how many of the most famous gingers are actually totally faux. I’m sure blondes have the same complaint, but who gives a fuck about them?

So many notable redheads are just practitioners of the old racist tradition known as gingestrelsy, attempting to cash in on the edgy outsidery cachet of red hair. Sometimes I see fake ginger hipsters out parading as redheaded stereotypes, pretending all the while that they are authentic, and I feel like I’m watching the montage from the end of Bamboozled.

this is what being naturally Ginger is really like

For shame, would-be rangas. You might pass in polite society, but when it comes time for the annual Council Of Gingers Red Sabbath you will all be ferreted out and exposed for fakes. O how the blood will flow! As red as your real hair color is not.

Lucille Ball: This most famous icon of redheads was naturally brunette, and spent a long time as a peroxided blonde before going ginger. She was also a model and Chesterfield cigarette girl early on in her career.

During the HUAC communist blacklisting trials, husband Desi Arnaz testified that the “only thing red about his wife was her hair, and even that was fake.”

Margarita Hayworth, before her studio makeover

Rita Hayworth: Was not only brunette, she was Hispanic. Born in Brooklyn as Margarita Carmen Dolores Cansino, her parents were of Irish, English and Spanish descent. 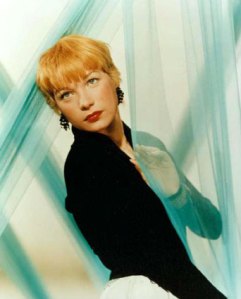 Ann-Margaret: the Kitten With A Whip was a natural brunette. Also that was a prosthetic rack in Carnal Knowledge. I know, I know, I’m ruining all of your fantasies. Sorry!

Christina Hendricks: Don’t worry, I’m completely sure the naturally blonde Christina Hendricks doesn’t have implants. Even though her red hair color is fake, her gigantic boobs and the rest of her ridiculously proportioned figure is all real. Now you can sleep at night. Or not sleep and think about Joan. 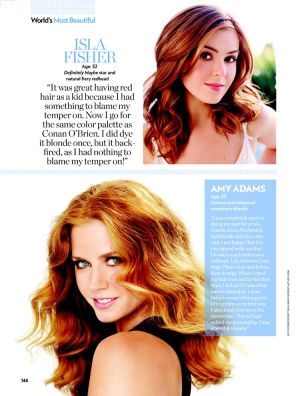 Amy Adams: The Enchanted star is a natural blonde. She dyed her hair red for Junebug and never looked back.

Emma Stone: from Superbad and The Rocker, Brunette

Nicole Kidman: who was maybe a blonde to begin with

Molly Lambert is managing editor of This Recording

YOUR ROOTS ARE SHOWING

PREVIOUSLY ON THIS RECORDING:

We Know Who Killed You