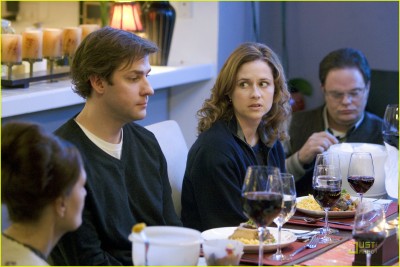 Tess is cheating on This Recording. I can’t get TOO mad because she’s cheating on us with herself, but I still stood outside her window playing Player’s AM Gold hit “Baby Come Back” for eight hours before I realized I was at the wrong house. Anyway, I could totally tell something was up when she stopped returning my phone calls and mysteriously always went offline or changed to “away” status whenever I signed on IM.

“Oh, I’m just having a few people over. Don’t be offended. It’s not a big deal or anything.” – Tess The Liar

Then I found out she was having a dinner party and didn’t even invite me (just like Ramona and Jill on The Real Housewives Of New York!) She was all “Whatever! I can’t invite everyone!” and I was like “Fine! I’m gonna reblog your content without even asking permission!” and she was all “Then I’m granting you full permission, betch!” and threw a container of icy cold Gazpacho in my face. 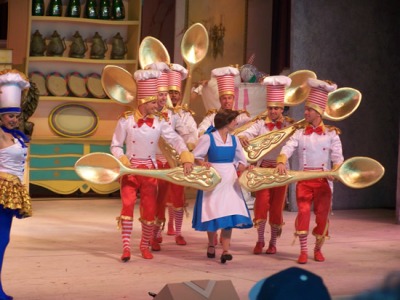 Can you fucking believe Tess didn’t invite me to this shit?

This was a week later, when I finally tracked her down in a Gelson’s parking lot and we had a naked breakup, as in were both nude (it’s been really hot lately). Even though it hurts just to read her name, I’m still in love with this blogger and I couldn’t deny you the pleasure of hearing about the dinner party that I only heard about through Twitter. You do look weird in that hat Sarah Marshall! I’m gonna go have a good cry. – ML

This Friday. 10 PM. The House Inside My Mind.

Sometimes there has been talk, in the circles in which I have traveled, of whom one would like to invite to one’s dinner party. Here’s a fairly generic list someone else made (I don’t want to go to that dinner party, by the way, though Shirley MacLaine can for sure come to mine).

The tricks to this are to get a good group – no teetotallers, nobody too abrasive, with a uniform opinion of personal hygiene – who will remember your party for the rest of their lives, or until you send them back to their graves, where they rested before they came back for your party. 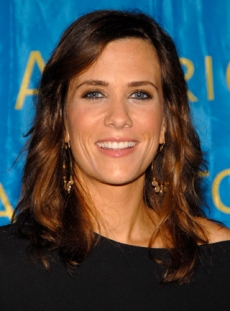 You are invited to my party. It’s not just your “Target Lady” impression, because my boyfriend can copy you almost exactly, so that’s kind of whatever. Though I would like to see the real thing over a couple of glasses of cheap white wine and blini. It’s more your Suze Orman, Judy Garland, and the fact that you’ve been in a lot of movies I would like to be in. You also stand up for funny chicks and I think you might get along great with my new friend –

Pete, my friend Kristin Wiig is single, and she’s ready to mingle. And you know, I think you two may really get along. I know you’re a really funny guy – that human blood/cat feces thing was hilarious! – and if there’s one thing Kristin will appreciate after her improv training, it’s stepping over that invisible line between what’s funny/safe, and what’s hilarious/terrifying. But that’s not the only reason you’re invited: I’m low on funds and I’m sure you don’t eat much. I promise to save a big bottle of Korbel just 4 u.

Jermaine, you’re invited because were a baby music genius and you wrote “Money Ain’t A Thang” and that’s enough of a reason for me; yes, yes, of course you may bring Janet. You and Pete D. can discuss music and, come to think of it, you guys might want to talk about collaborating.

This one’s a no-brainer. Anyone who knows anything knows that they’re inviting Elvis to their dinner party – the trick is figuring out which Elvis. After or before his mother died? Before or after the pills, which were introduced to him during his service in Germany? Married or single? 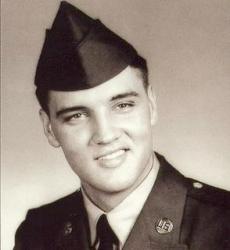 I’m going to have to go with the Elvis circa 1957, after he got his draft notice but before he started basic training. He’d already been on The Steve Allen Show but was still pristinely foxy, which would be great because I could whore him out to 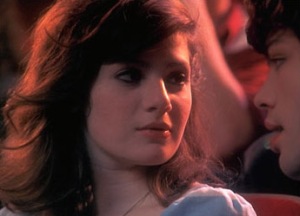 Only the most underrated Super-Girl-Crush ever. Aleksa! Please come to dinner! I will serve you Elvis Presley! Not only have you been in horror movies (Wrong Turn 2!), which I love, but you were also on The Sopranos and are a major babe. A+!

There’s so much Maude to you, DP.

I absolutely do not need to explain why I want Dorothy at my dinner party. I would sit right next to her, keeping Doherty from touching her inappropriately and making her wisecracks into my ear. 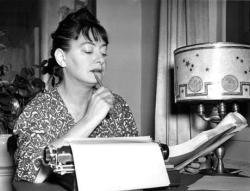 My only concern, really, is that she’d feel kind of — I don’t know, isolated or something. And I hear she could get moody. So, Dot will be sitting next to:

Here is a story from your Wikipedia which Dorothy would appreciate, Ben, when you come (oh, and bring your Franklin armonica in case we need some old-school jams):

[Ben] worked for his father for a time and at 12 he became an apprentice to his brother James, a printer. When Ben was 15, James created the New England Courant, the first truly independent newspaper in the colonies. When denied the option to write to the paper, Franklin invented the pseudonym of Mrs. Silence Dogood, who was ostensibly a middle-aged widow. 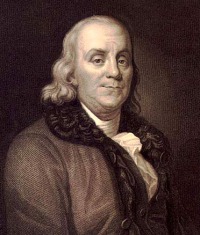 The letters were published in the paper and became a subject of conversation around town. Neither James nor the Courant’s readers were aware of the ruse, and James was unhappy with Ben when he discovered the popular correspondent was his younger brother. Franklin left his apprenticeship without permission and in so doing became a fugitive.

You also created the Junto, which Dorothy Parker totally ripped off, in a way, when she founded the Algonquin Round Table. That’s just the spice we need for a rip-roarin’ time. Caliente!

Read Tess’s archives at This Recording.

She’s even cheating on WordPress! Boo, you whore.

Pussy, Pussy, Everywhere And Not A Bite To Eat

“Maybe Partying Will Help” – The Minutemen

“Party Of Special Things To Do” – Captain Beefheart

PREVIOUSLY ON THIS RECORDING:

Alex Carnevale Had His First Ever Dinner Party

For Her Parties, New York Makes Biscuits From Scratch 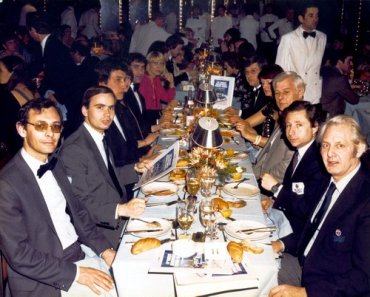 This Recording Is The Party That Makes You Feel Your Age